We have maintained our sole office in Tucson since then. Bill Lloyd, Sr. was born in Danville, Illinois, raised in Hoopeston, Illinois. He came to Tucson in 1959 to attend the University of Arizona and received his degree in Civil Engineering prior to starting Lloyd Construction. Through the years, a pillar of business and the community, Bill, Sr. contributed to the growth of the area by successfully constructing hundreds of buildings, most right here in Pima County. 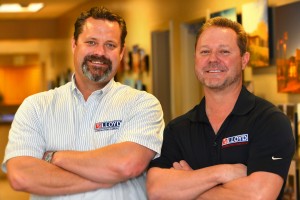 William E. Lloyd (right) – After attending Grand Canyon College, Bill, Jr. joined Lloyd Construction as a carpenter, and was soon running projects as Superintendent. From there he moved up to Project Management, successfully managing many of Lloyd’s most high profile projects and becoming a LEED Accredited Professional. In 1993 Bill, Jr. became an Owner in the company and serves as the Company President.

Bradley J. Lloyd (left)-Brad earned his Bachelor of Science degree at Western New Mexico University before coming back Lloyd Construction where he has served in a variety of field and in-house positions.   In addition to his four year degree, Brad has received Masters Training Certification from the American Concrete Institute, as well as Project Manager Certification from Fred Pryor Seminars.  In 1993 he also became an Owner and today serves as Vice President.  Brad has served on many boards including as 2019’s Arizona Builder’s Alliance State Chairman.

A great part of our success today – and what makes us stand out from the crowd – is the personal attention, consideration, and passion that Bill and Brad lend to every project.

We are second generation builders. It’s in our blood. We are extremely proud to be one of the largest and most respected locally owned and operated general contractors in Tucson. 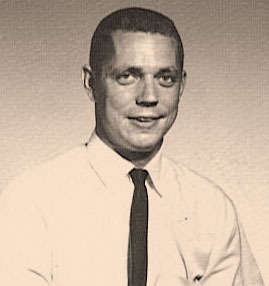 Bill Lloyd, Sr. (above, in sepia) taught his sons the construction business from the ground up, often bringing them to jobsites for first-hand experience. Today, Bill, Jr. and Brad proudly carry on his legacy of integrity, passion and excellence. Learn more about our company →

Read more about our firm and company values.

The safety of our customers and employees comes first.

We live where we build and our community is part of our family.