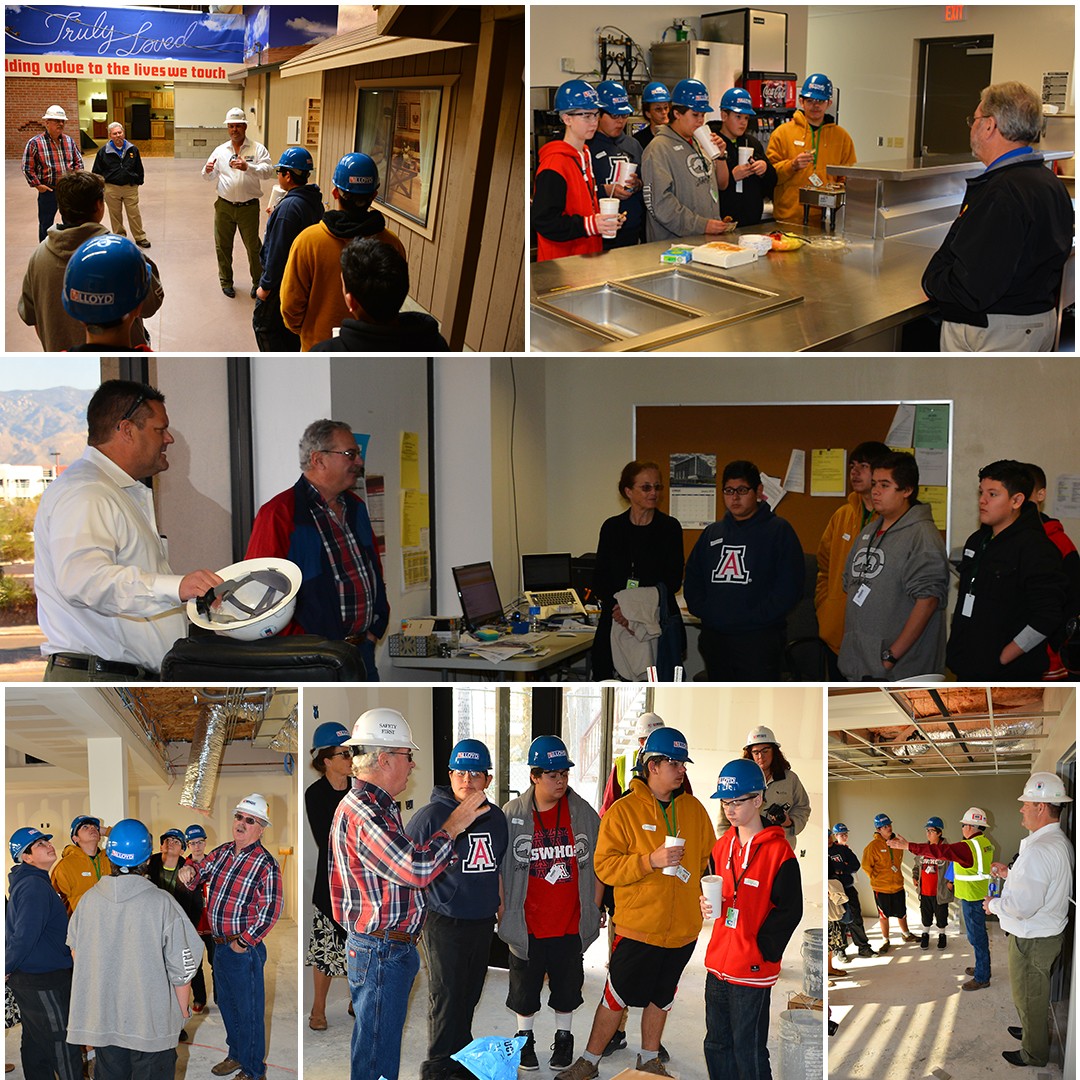 Lloyd Construction, along with our friends Truly Nolen had the pleasure of hosting 6 Amphi middle schoolers for a career shadow day on Tuesday, January 26th. Bob Johnson and the rest of the Truly Nolen team were gracious enough to allow us to walk the kids around their new campus, which includes several buildings in various states of renovation and/or new construction. The kids got to ask questions and benefited from hearing about multiple career paths, both in construction and with Truly Nolen.

Led by Brad Lloyd and Rob Skinner, the kids first toured an existing building that has had no work done to it. It set the stage for the next building they walked, which had been completely gutted and renovated by Lloyd Construction. The students took notice of the modern feel and upgraded finishes.

Bob Johnson joined the group as they toured the brand new, state of the art, training facilities. This building was built from the ground up and includes daylighting, high-tech communications systems, a full commercial kitchen (where the kids enjoyed a snack) and a variety of Truly Nolen training modules. Also, included in this building is the “live room”, where Truly Nolen houses various rodents and insects. A BIG hit with the kids!

The next stop was a building currently under construction. The kids were able to witness the controlled chaos that happens when many trades are working together to achieve a goal. The event ended with a question and answer session out in the spacious courtyard. Surrounded by the tranquility of the Truly Nolen water feature, the kids were able to ask questions about the day in the life of those involved in commercial construction.

We thoroughly enjoyed ourselves and hope the Amphi Students did, as well.